Hey y’all !
Welcome to  the March edition of Sew & Tell Saturday.
I hope you have had a good week!
We have had some amazing California weather the past couple of days… like, in the 80’s amazing.
Last weekend we went to Venice Beach and had a fun photo shoot of Gigi in her LMFAO inspired hip hop outfit that was featured on the blog series Sew in Tune at Melly Sews and Boy oh boy oh boy crafts. Making an outfit based on a song is such a fun idea. 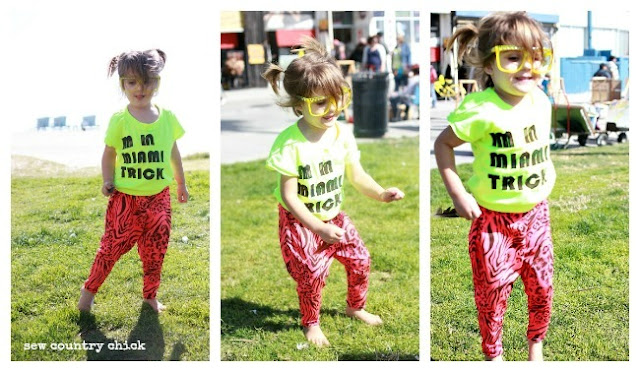 We had a blast. There were 9 of us, girls big and little. We rollerbladed, went on the rides at the pier, window shopped and had a great Thai lunch in nearby Santa Monica.
This weekend we may go to the Getty Center in LA to see some art and to also photograph Lily in her futuristic silver shift dress that I will be sharing as a guest post on the Burdastyle site next week. You’ll have to stop by over there on March 6 and check it out!
But besides all that, I have been trying to stay healthy. I had a cold all week even though the weather was nice. Figures.
On the crafting front, we finished Lily’s fourth grade mission project, have a few Easter projects in the works, and some preschool art projects planned for Gigi. Isabelle, our resident teen, has been experimenting with cutting up her t shirts to make some cool designs she saw at Urban Outfitters last week. Good thing we have a whole pile left behind by her brother who took off for college!
Now on to the sewing link up.
I was going to make this a clothing only link party but I think anything sewn is great. What if you made a really cool i pad cover or something for your house?
I’d love to see those things too.
But don’t spam the party with a bunch of posts that aren’t sewing related.
So please, only stuff YOU made.
So on to the features! 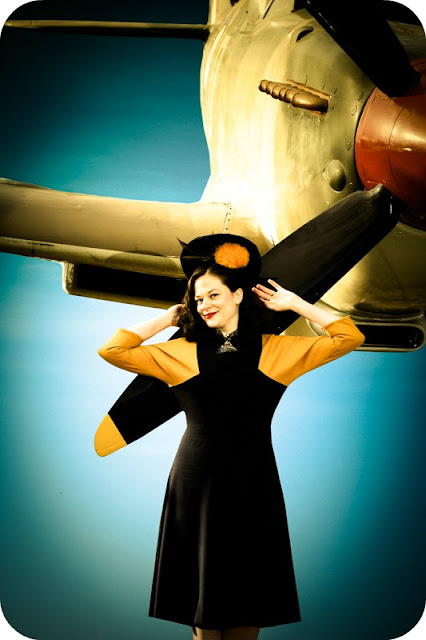 Debi from My Happy Sewing Place stopped by to show off her Aviator dress. Debi is awesome and if you are into vintage sewing I’m sure you know who she is. 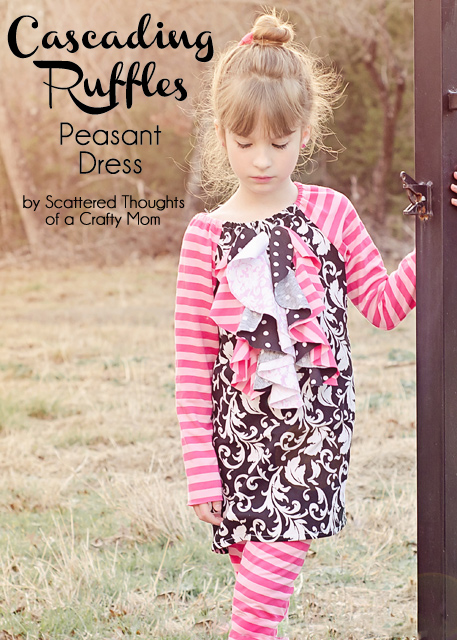 I loved this peasant dress tutorial shared by Scattered Thoughts Of A Craft Mom. I also love her photography. 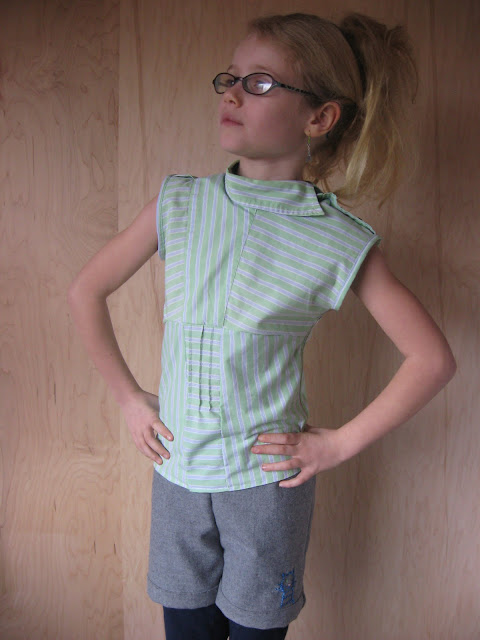 This refashioned men’s shirt by Just Stuff is so chic! A pretty feather pillow made at the Buzzmills blog.

A nice combination of fabrics made by Lorelai at Seams Unbiased.

This baby looks so comfy in her new dress made by Hungie Gungie. What a cutie.
So let’s see what you made!