My daughter wanted a flower crown headband. I tried to tell her I already made one back in September when they first came out, and that she should just wear that one. Plus, it took me a long time to make. But she wanted it to look like the kind she sees in the shops. Not a “homemade” looking one. The one I made was made from felted sweaters I made into roses and then sewed to an elastic headband…. link here. And yes, it does look homemade. Plus, it was for her little sister. 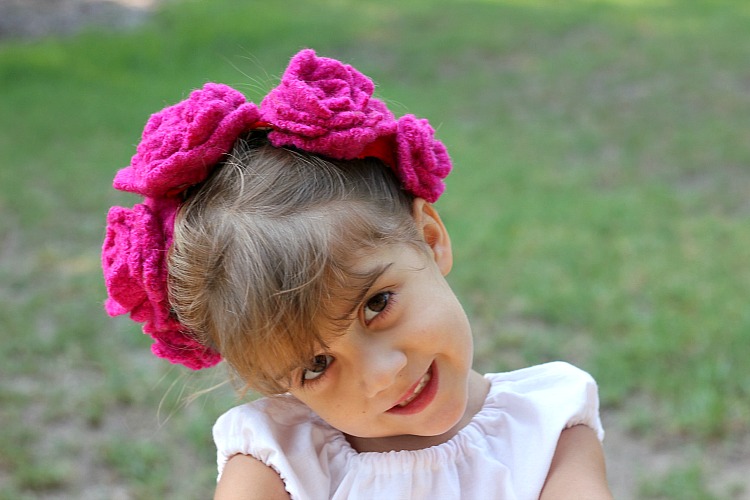 If you have had a “tween ” daughter then you know all too well they mean not what they say sometimes. And if you don’t have a tween yet, get ready for the little girl who once thought you could do no wrong, to soon to turn into a big girl who thinks her mom is pretty out of it. Someday she will appreciate how “cool” her mom actually was, but not for a few years! Right now there is no way  anything mom makes be “cool”!

So I told her to make one herself.

And it looks pretty amazing!!!

We bought a roll of leather cord at Micheal’s , some artificial carnations, and some felt that was close in color to the carnations. And of course we already have several glue guns.

This headband is really easy to make, unlike my wool rose one, which is a bit harder to put together. And it is so cute!

She glued the flowers to the band. the felt secures the flowers. having only one layer of felt makes it less bulky on the head…

Are you loving these flower crowns too?

Along Came A Spider Headband