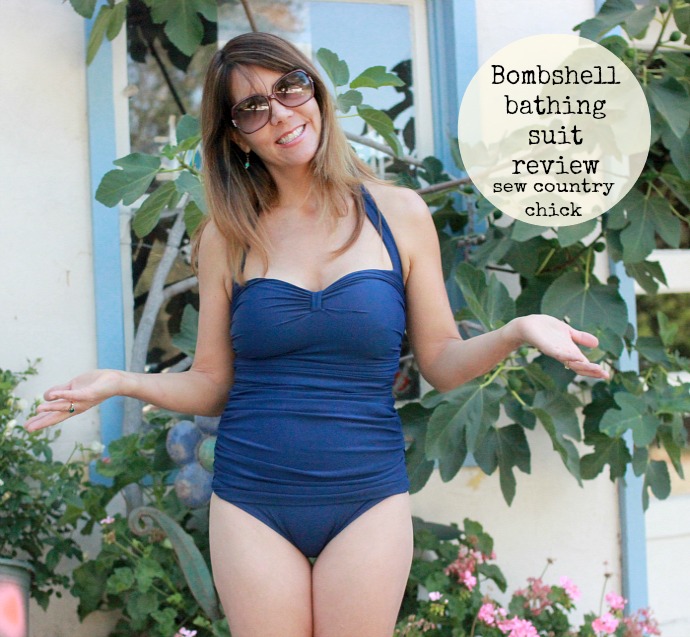 I was really excited to buy the Bombshell swimsuit just released by Closet Case Files. Good looking bathing suit patterns are few and far between and this one looked really adorable.
So how did it go for me?
Hmmmm….
OK, I’m probably insane to post a photo of myself in a bathing suit on the web but this suit is pretty modest if you ask me so I will go ahead.
I loved the pinup vibe of the Bombshell pattern. It reminds me of an Esther Williams suit I already own and love. 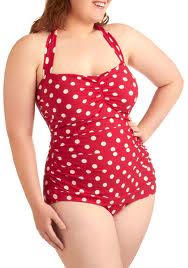 Here is a suit similar to the one I have on a plus size gal. It’s super flattering on all shapes as you can see.
But something went wrong with my version. And there are a few reasons for it that I’ll get to….
The suit goes way up on my behind so I guess I won’t be wearing it any time soon! It’s about 3 inches too short. Don’t worry, I won’t be sharing any photos of my backside in this. As you can see from the sew along button above, the front of the bathing suit should be a lot longer, almost like a skirt.
I knew I was in trouble when I had cut out a size 8 and then saw on Lladybirds blog that she had made a size 8, too. She looks way smaller than me.
I could just tell by looking at it on my cutting table that the suit was going to be much too short. But I couldn’t leave well enough alone and soldiered on!
There is NO BUST SUPPORT in this pattern.
It would have been great with the addition of bust support and some pattern alterations. If only it had had instructions on how to install a shelf bra. There is no way I could wear this suit as is without constantly tugging and um, rearranging….
Many higher end one piece bathing suits have some sort of elastic under the bust. I’d add that, some boning on the sides, and maybe some underwire support as well. 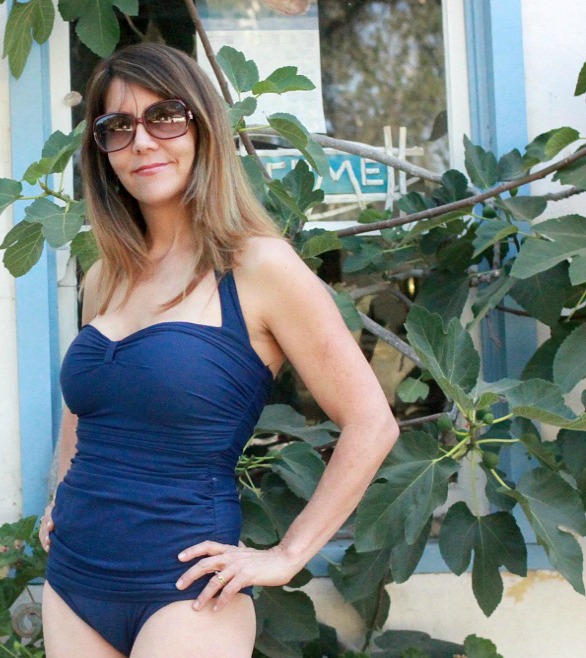 I  had this navy lycra lying around. It was only two dollars downtown, so no big loss. But still, I did like the matte texture. 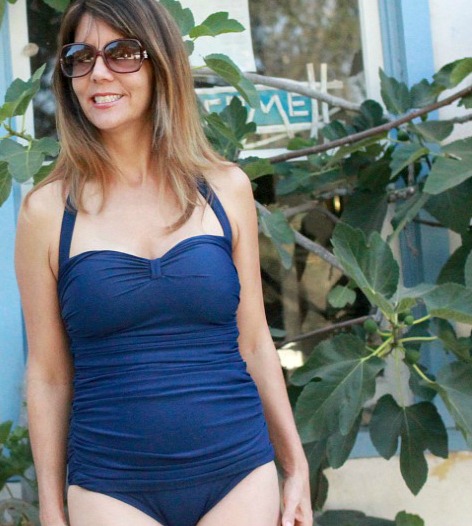 The instructions on the pattern were well written and photographed. Plus, there was the detailed sew along on the designer’s site that was very helpful. However, I still had a hard time figuring out each step. But now that I have done it once it will be much easier next time. It’s a complicated suit as far as sewing bathing suits go because of the gathered extra panel that goes over the bottoms.
I do still have  hope for my next version if I ever get to it!
I think I will go make a dress now…….

Perfect Maillot by DBCA : One piece bathing suit for girls